What do Startup Accelerators really do?

I’ve been asked time and time again, whenever  I tell people about my job, “What does it really mean?” An Accelerator?

SBA provides an interesting definition, which I can agree on, where they state that an accelerator is a key contributor to the rate of business startup success. Accelerators select and invite a small group of entrepreneurs to startup boot camps, providing mentoring, resources, and, most important, industry connections during these programs.

Ian Hathaway’s article on HBR, provides a great overview where accelerators are playing an increasing role in startup communities throughout the United States and beyond. He sights early evidence that demonstrates significant potential of accelerators to improve startups’ outcomes, and for these benefits to spill over into the broader startup community. 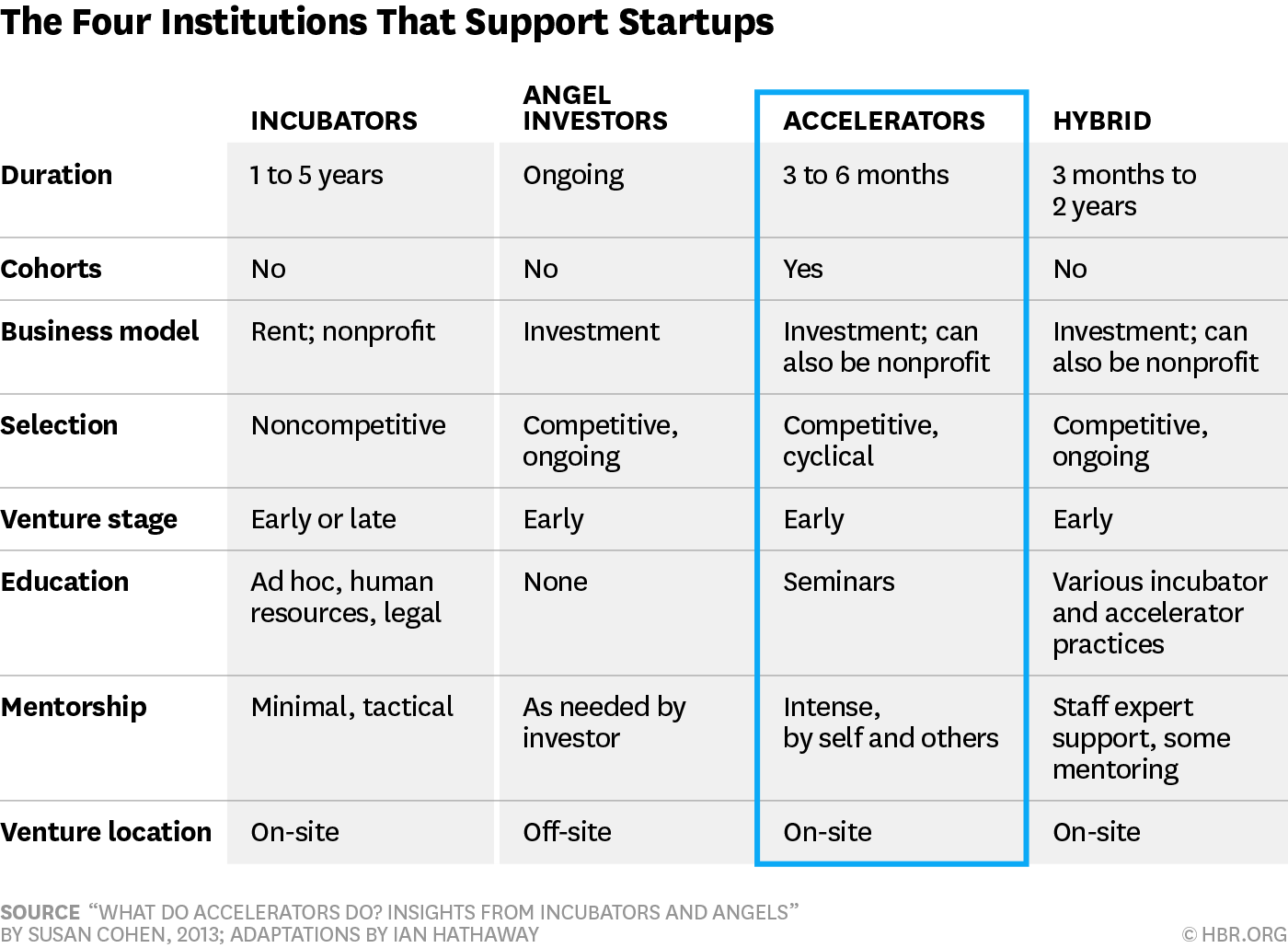 Accelerators have clearly taken hold in recent years. But what is it about what accelerators do that makes them so different from other early stage investors and support organizations and so valuable to the startups that are apparently falling over each other to be in their ranks?

I recently posed this question to Brad Feld, a cofounder of TechStars, and he likened the accelerator experience to immersive education, where a period of intense, focused attention provides company founders an opportunity to learn at a rapid pace. Learning-by-doing is vital to the process of scaling ventures, and the point of accelerators, suggests Feld and others, is to accelerate that process. In this way, founders compress years’ worth of learning into a period of a few months.

Feld’s explanation seems sensible to me, but what evidence is there? The relative novelty of accelerators means that little systematic research exists on the effect they have on the participating companies and on the broader startup community. Four papers stand out as contributing to our understanding. Here’s what they’ve found:

Considering the growth of accelerators in recent years, this evidence is encouraging. By and large, accelerators seem to be a positive addition to startup ecosystems across the country and the world. Some may not make much of a difference, but many clearly do, and the best ones are poised to meaningfully improve the odds of success for the startups that graduate from them.

AR AbdiEconomy, Interests, TechnologyFebruary 6, 2017
The UAE Central Bank released, in Jan 2017, a regulatory framework for virtual currencies and electronic payment systems, aimed at digital payment service providers. However, a sentence within the regulation, that “all virtual currencies (and transactions thereof) are prohibited”, has …
END_OF_DOCUMENT_TOKEN_TO_BE_REPLACED

The real reason why Apple’s AirPods are so popular, all of a sudden.

AR AbdiBlog, TechnologyMarch 5, 2019
We all see it everywhere. In the subways, while waiting for your taxi or Uber. Heck, I even saw my …
END_OF_DOCUMENT_TOKEN_TO_BE_REPLACED

AR AbdiWorkMay 19, 2016
It was a great night last night ending our 6th Round of startups at TURN8. The event celebrated the startups validating …
END_OF_DOCUMENT_TOKEN_TO_BE_REPLACED

AR AbdiBlog, TravelAugust 9, 2016
I’m heading onto a short Euro trip next week. My first stop will be Italy followed by France and finally …
END_OF_DOCUMENT_TOKEN_TO_BE_REPLACED